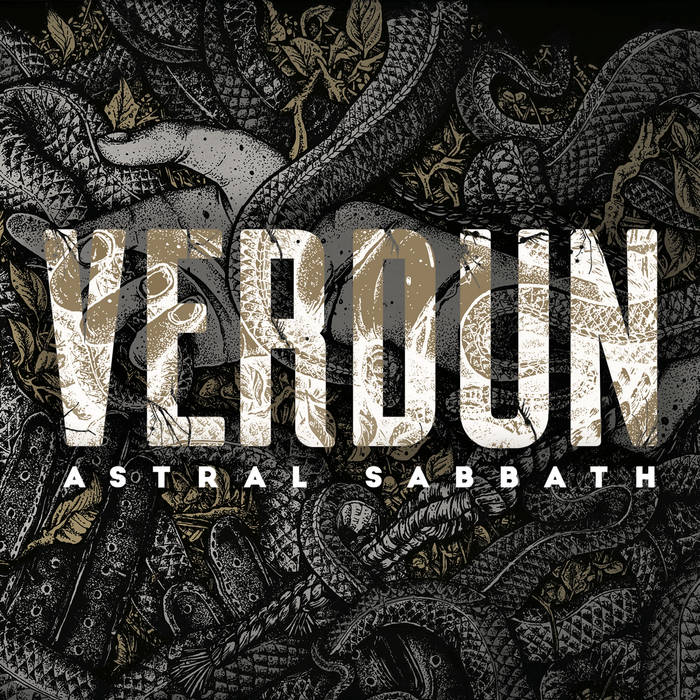 Three years after their first album "The Eternal Drift's Canticles" that sits them firmly as a stalwart of the european sludge / doom scene, Montpellier, France's powerhouse VERDUN returns with "Astral Sabbath", marking their debuts as a four-piece. The band headed to the Cantal countryside during Spring 2019 to record and mix these seven tracks with Cyrille Gachet (Fange, Year Of No Light, Chaos Echoes).

With an approach of slow and heavy music played with a punk energy and a psychedelic feel, the band shines at combining sorrowful melodies with earth-shaking riffing. More focused in writing memorable tracks rather than relying on deafening volumes, this second full-length is the band's most accomplished effort, mastered by Bruno Varea (Blut Aus Nord, Doctor Livingstone…) and featuring striking cover art by illustrator Sinpiggyhead.