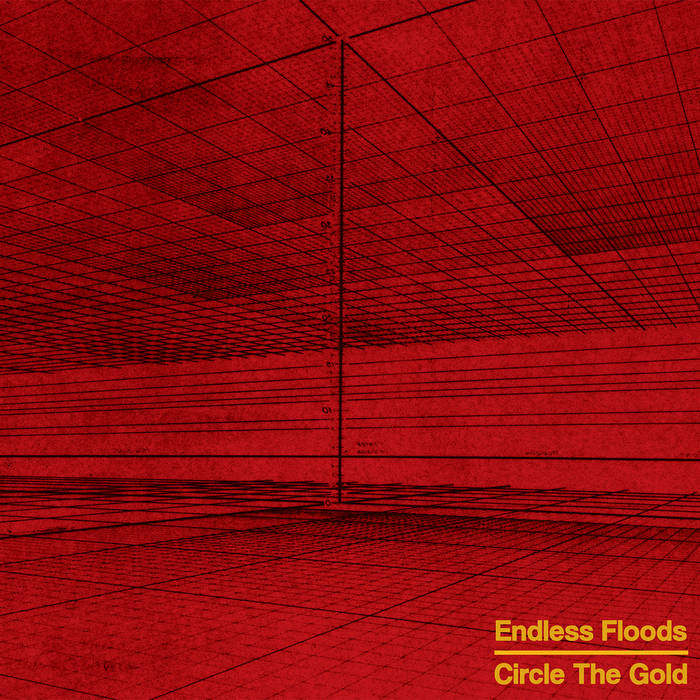 A realm of darkness awaits. France’s cathartic doom specialists ENDLESS FLOOD formed in 2015 in Bordeaux around Stephane Miollan (Monarch, Bombardement), Benjamin Sablon (Bombardement, Shock) and Simon Bédy. With “no boundaries in heaviness” as a motto, they raise a prodigiously thick wall of sound by blending doom and sludge aesthetics with mind-expanding ambient metal structures. A sorrowful procession arising from the limbo…

The trio released their self-titled debut in 2015, then quickly returned with their sophomore full-length “II” in January 2017 (Dry Cough Records/Fvtvrecordings/Breathe Plastic). This minimalist, drone-sounding assault saw the band digging deeper within the realm of bleakness they created on “Endless Floods”, immersing the listener in a hulking, feedback-laden sonic experience while contemplating 20+ minute-long monoliths “Impasse” and “Procession”. “II” was praised by numerous international outlets.

New album Circle The Gold” results from a year-long reassessment among the trio and symbolises a fresh start in their creative process. Over the span of 40 minutes and two songs, it sees the band evolve towards a more melodic aspect of their sound. Like the first ray of light shining through the gloom after a violent storm, both songs slowly move from impressively majestic chaos driven by cathartic screams and unfettered echoing solos, to almost-meditative and unadulterated moments of peace.

ENDLESS FLOODS states: “Circle The Gold was written, recorded, then deleted, re-written, recorded again and finalised over the course of two years. We started working on it right after the “II” recordings in the spring of 2016. In March 2017, we went to Amanita studio to record three songs. But afterwards, we broke off all creative process, rehearsals, and nearly put the band on hiatus.

A few months later, we relaunched the band and decided to start all over again, and rethink the album to achieve what we had in mind in the first place. We wanted to free ourselves from any songwriting stereotype and follow our own path. Start again to do better, turn a page and move on. The two songs on « Circle The Gold » deal with this tough period around the album making, relationship within a band, friendship and personal experiences.”

“Circle The Gold” was recorded and mixed at Amanita studio in Anglet (France) by Stephan Krieger, and mastered by Brad Boatright at Audiosiege (USA).